It should make an important premise: the object that has been acquired is not the original one, but a modern reproduction of objects that it was made in the early twentieth century. Being craft earthenware objects, each piece is unique. For which, there aren’t two models exactly identical, so the reliability of the object is relative to the one in possession at the time of the scan.

San Bitalianu cchi frisca (St. Vitaliano whistling)
Through folk art, at one time, were met spiritual and practical needs of our people. Among the smaller objects were widespread the earthenware whistles. Toys for cheap, these, to which was attributed the talisman. At Catanzaro, in Italy, principal expression of folk art was, at the end of the nineteenth century, playing in clay of S. Vitaliano aspect with whistle attached. A tradition that is reflected until the beginning of World War II. To date, the whistle of San Vitaliano is an important part of the cultural wealth of Catanzaro and his craftsmanship makes each piece unique in shape and detail.

The following video was made by association “Linea Jonica” to promote the rediscovery of the whistle on the feast of St. Vitaliano of July 16, 2011 in the city of Catanzaro (only Italian language). All rights are reserved to the authors.

Historical Background
On the occasion of the fiftieth anniversary of the Unification of Italy, in Rome, was an exhibition of artifacts from the time, to whom he collaborated actively folklorist Calabrian Raffaele Corso. They bought hundreds of items and did everything in a patient work of descriptive cataloging. Among these artifacts, which went on to form in 1911, the first nucleus of the Museum of Arts and Popular Traditions of Rome, was proudly displayed also a fruit of popular Catanzarese: the whistle of St. Vitaliano. The course had bought in Catanzaro in the resale Children’s Paradise by Gaetano Tangari. To realize it had been some Costanzo, who, not having a his shop, gave them to the seller of toys. 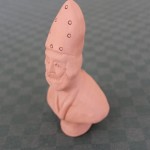 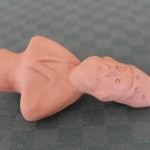 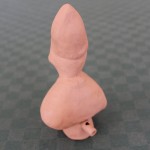 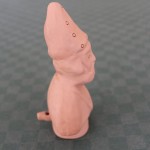 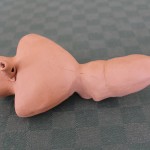 St. Vitaliano from Capua
The Patron Saint of Catanzaro is Vitaliano, Bishop of Capua, who lived at the end of the seventh century. It is celebrated solemnly on July 16. His relics, according to tradition, were brought in the Calabrian town in 1122 by Pope Callistus II on the occasion of the inauguration of the Norman Cathedral. Are preserved in the silver bust of the saint in reconstructed Cattedrale. St. Vitaliano was born in ancient Capua (now S. Maria Capua Vetere) towards the second half of the seventh century. Select bishop of that city, for its lofty virtues, was soon targeted by wicked men, who slandered and persecuted him. Put in a lot of leather was thrown into the sea, but the Lord saved him and for this crime, punished the ancient city of Capua with drought and mortality. Capuanis repented and begged forgiveness of the saint, which did not fail to meet them and to pray for them. Immediately a rain comforter wet the city, taking away every illness. The Saint, after this great trial, he moved in ancient Capua, and passing to the current room, stopped in Casola, to build a hermitage. He began the work to which he gave a fundamental contribution – according to legend – a tame wolf that helped the Holy carrying stones tufo.Qui lived for ten years in penance and holiness. His cell became soon a place of prayer and a destination for pilgrims, who flocked there from all over, and thanks to receive advice from the Holy Hermit. Subsequently retired to Montevergine, where he built a church in honor of Our Lady, standing next to a cell his couch. Died there on one of the first 16-17 years of the eighth century. His remains were donated, as mentioned, the city of Catanzaro by Pope Callistus II in 1122.